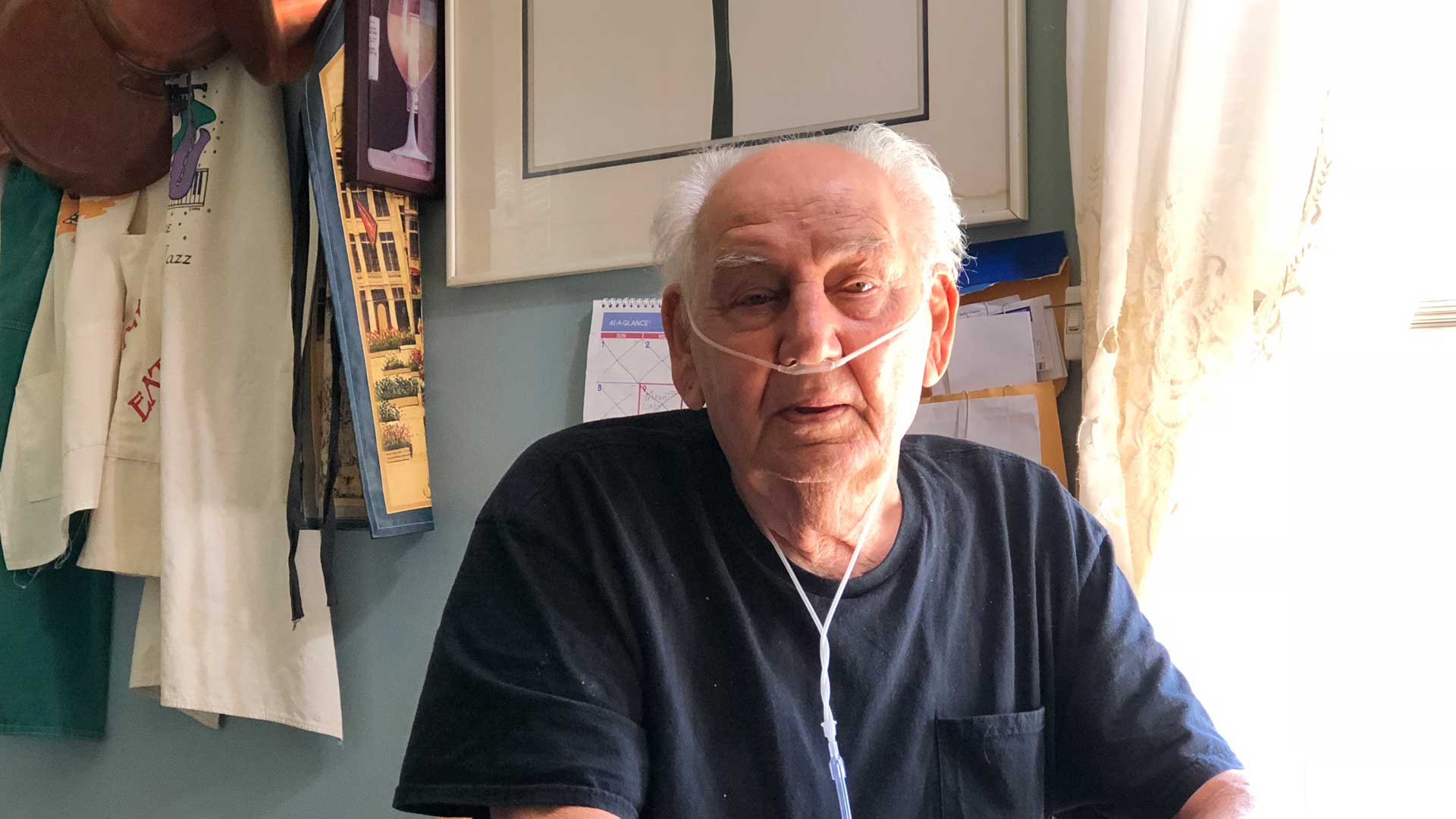 Senior citizens throughout Maryland often have to choose between the impossible — paying for medical care or buying groceries. And for many seniors, food often takes a back seat to ensure critical bills are paid. In this installment of Facing Hunger in Maryland, we meet with a food-insecure senior citizen on Maryland’s Eastern Shore, Victor Chaia.

If you blink, you’ll miss it. That’s how small the town is. It’s one of those places with an unassuming charm to it. Small restaurants, coffee shops, and art galleries line the main street. Like most small towns though, the outside charm pales in comparison to the locals who bring this Maryland town to life — locals like one of its senior residents, Victor Chaia. 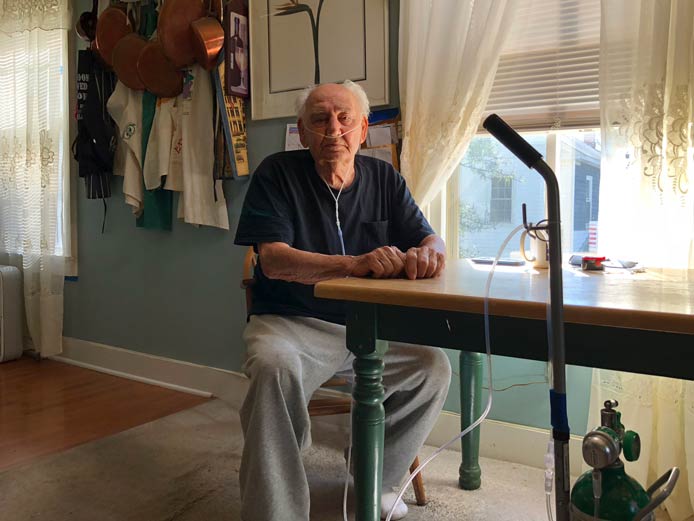 Although Victor considers this small town on Maryland’s Eastern Shore his home, he didn’t start out there. Life for Victor began 82 years ago in France. But in the 1940s, life in France was no place for a child.

“Nothing was left,” Victor said.

With this sentiment in mind, Victor and his siblings made the journey over to the U.S. All of the nine children migrated, except one brother who was afflicted with polio — an illness that wreaked havoc on his body and his ability to get in the U.S. Victor’s brother eventually made it into the country. His mother did, too.

But life — and its many hurdles — was just beginning for Victor. At first, Victor couldn’t speak English. Nor could he understand Italian, the language his relatives he was living with spoke. But like most resilient children, he was able to learn and get by. And then, at the age of 19, Victor enrolled in the military.

Victor didn’t speak much about his time in the service. It was fairly uneventful. He never got deployed. His service lasted for five years. When it was up, he entered the baking business.

Victor’s career started at Pepperidge Farm. Afterwards, he began working for a small, independent bakery. This was in Connecticut, but in 1957, he packed his bags and moved to Florida.

“I worked in Florida as a dancer,” said Victor. “I helped open up seven Fred Astaire dance studio’s throughout the state.”

“I taught dance teachers how to dance,” he said. “I did exhibition ballroom dancing.”

Victor met his wife in Florida. He raised his two children in Florida. Victor pieced together a successful career painting houses while down there.

For all the good that Florida brought Victor, his time there came to an end after he separated from his wife. After the separation, he packed his bags, moved to North Carolina, and got a job working for Marriott Hotels and Resorts.

His job required him to travel a lot. “There’s no state that I haven’t been to,” Victor said.

He was a subcontractor for the Marriott, though. So when his time with the company ended, Victor received no pension.

That happened about 32 years ago. And with the end of yet another chapter in Victor’s life, he began a new one — this time, in Maryland. 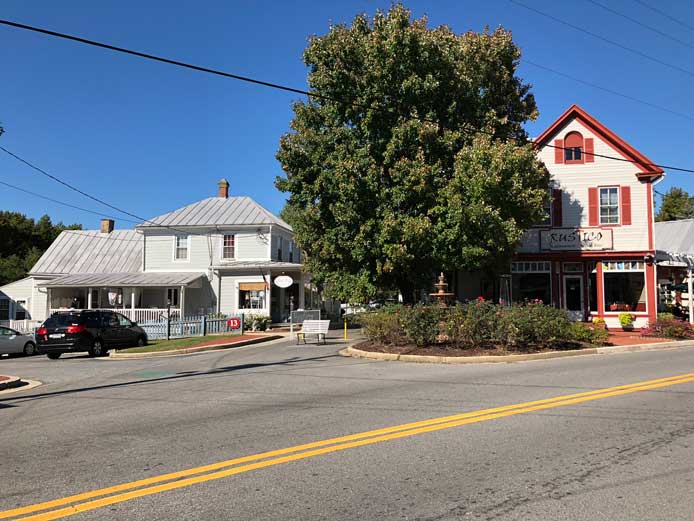 Taking a Turn for the Worse

Victor found work doing construction and painting on the Eastern Shore, and he found a home there.

He moved into a former blacksmith shop. It was far from livable at the time, but he completely remodeled it and turned it into a pleasant space. An artist’s den of sorts.

Victor led a quiet existence in this small town, until once again, life got in the way. This time though, his health threw him a curveball.

“I’ve had lung cancer,” Victor said. “I went through radiation. I had three tumors. I had bladder cancer too.”

Victor had little money to pay for his medication. Sure, he had some money saved, but that didn’t go far to cover the astronomical bills.

He worked on and off when he could, and only officially stopped working up until two years ago when his diminishing health forced him to rely on long-term oxygen therapy, which means he is attached to a large cylinder of oxygen 24 hours a day, 365 days a year.

“When I first started, I was so devastated,” Victor said.

That’s Victor’s current reality. A reality void of an income, with a dwindling savings account. A reality where he can hardly pay his bills — let alone pay for food.

Victor gets by thanks to the kindness of his local community. There’s a local restaurant that provides him with a warm meal every Sunday.

He also relies on food pantries and other programs offered by the Maryland Food Bank.

Without these programs, Victor admits, things would be a lot harder.

“How would I get the food?” Victor asked.

“The Maryland Food Bank is wonderful,” Victor said. “The people there are wonderful. You have people there volunteering on their days off. It’s a miracle.”

“It’s a service that is available to everyone. If you need it, you should use it.”

“If you’re poor, don’t be embarrassed. There’s no shame in being poor. Use the food bank.”

Victor is far from the only senior citizen in Maryland who struggles to find his next meal. Whether it’s due to escalating medical bills, lack of a pension, or the result of a tragedy — 45,589 seniors in our state are facing food-insecurity.

Do you have your own story to share about food insecurity, or know of someone who does? Feel free to comment below, or send your story to Ben Gross.