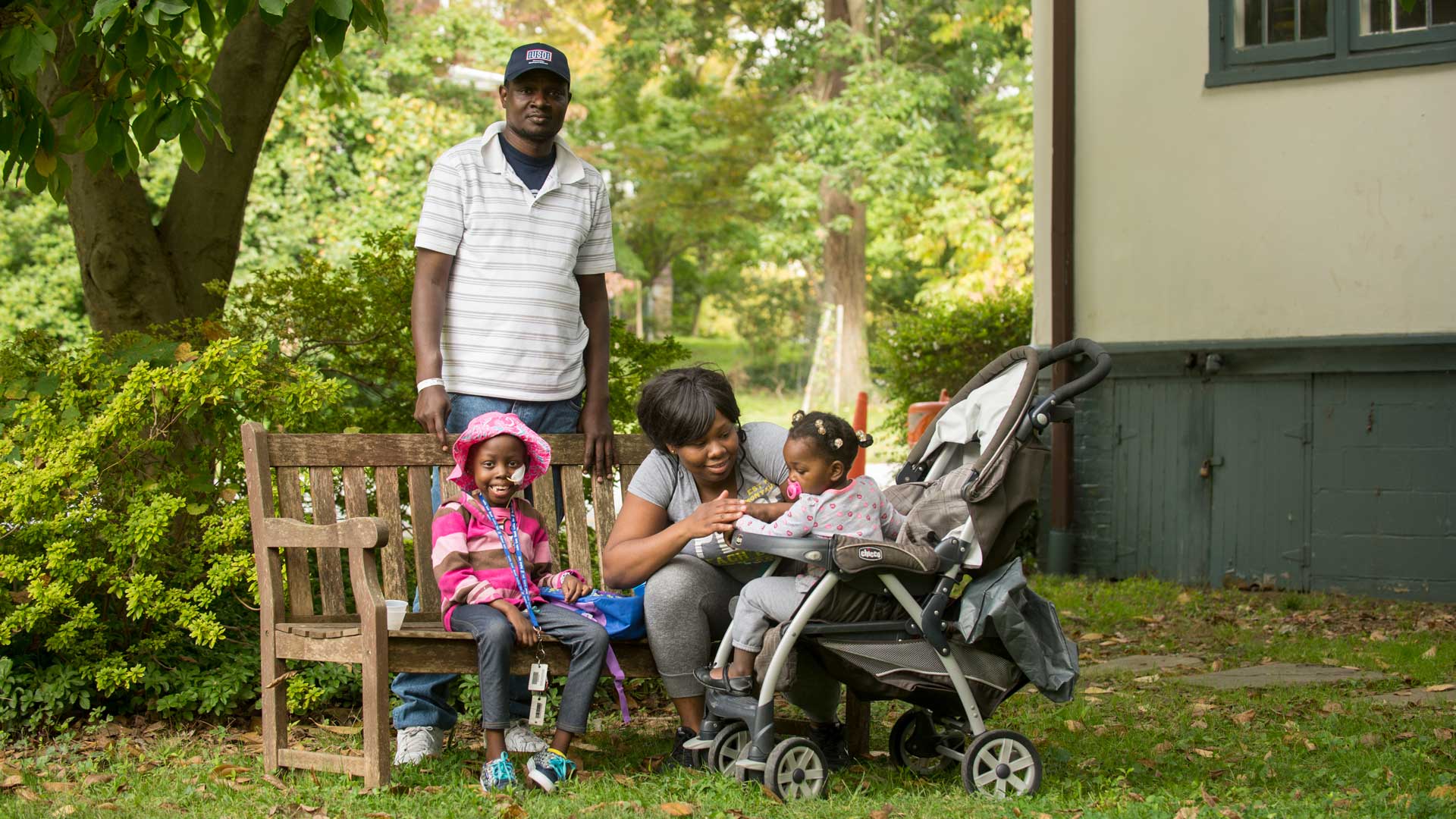 The people facing hunger in Maryland are not always what you may expect. Hunger is everywhere — next door, at your child’s soccer game, the car next to you in traffic, even college campuses. In this series, we’ll introduce you to some individuals and families in Maryland, and show you the true faces of food insecurity.

Larry waits in line with his daughter, Ai-la, closely in tow. She stands quietly at his side, waiting to get fresh produce at this year’s Flavor For Life Pantry on the Go event.

They wait patiently alongside over a hundred other people, knowing the food they receive from the Pantry on the Go will provide them with fresh and nutritious meals throughout the week.

“I never thought I’d use one of these,” Larry begins. “I volunteered and helped out; I used to donate to the Maryland Food Bank.”

Larry was a financial consultant. He had a house. He used to donate money to the Maryland Food Bank because he knew that many Marylanders faced the harsh reality of food insecurity. But he always had a full pantry and food on the table.

Then, in April 2017, Ai-la got diagnosed with neuroblastoma cancer.

With this diagnosis, Larry’s world came crashing down. His little girl had cancer. Taking care of her was Larry’s main priority, but it came at a cost — it didn’t take long before he lost his job, and then his house.

The man who gave so much to help food insecurity found himself unable to make ends meet.

“It’s so emotionally draining,” he says in a quivering voice. “You don’t understand… you can’t possibly understand what it’s like to go through something like this until you’re the one in it.”

The hardships for Larry continued after he lost his job and his house. From getting the very best medical care for his daughter to finding services to help him with his financial plight — everything has been a fight.

That’s why Pantry on the Go events are so meaningful to Larry. He shows up, gets his food, and has one less worry. At least for a little while.

Giving Back in Times of Need

Despite everything that life has thrown Larry’s way, he still gives back.

“I still try to give back when I can. If I see an opportunity to donate to the Maryland Food Bank, I will,” he says. “I’ll donate to fundraisers at grocery stores… I’ve volunteered at previous Pantry on the Go events.”

“When you go through something like this, you learn how much people need services like Pantry on the Go,” Larry explains.

Those Facing Hunger in Maryland Are Everywhere

Larry is far from the only person facing hunger in Maryland; in fact, 1 in 9 Marylanders are food insecure right now.

Some, like Larry, have suffered from traumatic events leading to food insecurity, while others are struggling with food insecurity on college campuses and military bases.

Do you have your own story to share about food insecurity, or know of someone who does? Feel free to comment below, or send your story to Ben Gross.

← Pack to Give Back Local: Through Carmen's Eyes Facing Hunger in Maryland: Victor →