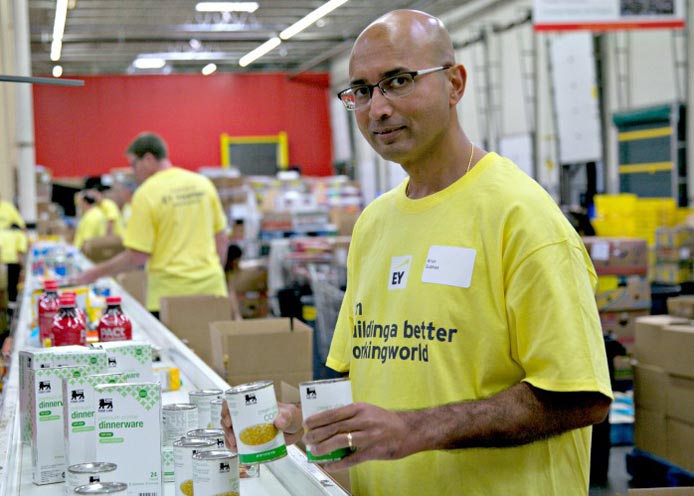 As the state’s largest charitable food distributor, the Maryland Food Bank is uniquely equipped to distribute large amounts of food from one place to another. We gratefully accept donations from grocery stores and retailers statewide, and most recently, we’ve received donations of historic proportions from Food Lion stores across the state.

As the result of a recent shift in store management, 21 Food Lion stores in Maryland closed between early September and October, and most of them opted to donate their entire inventory to the Maryland Food Bank and our extended hunger-relief network.

In preparation for the flood of donations, MFB mobilized our transportation fleet and coordinated with nearby food banks and community partner agencies to secure adequate space and storage for the Food Lion donations.

Over the course of the month, our extended hunger-relief network received an unprecedented 2 million pounds of donated items, providing an enormous boost in our inventory statewide.

“This is hands down, the biggest donation we’ve ever received,” said MFB Sourcing Manager Butch Langenfelder, who has been with the food bank for over a decade. “In some cases, we’re receiving four tractor-trailers worth of donations per store. It’s remarkable.”

According to Langenfelder, MFB received everything from frozen meats, dairy, and produce to important household items, including cleaning supplies as well as health and beauty products.

For the food bank, this donation comes just in time for the holiday rush. But the timing also enabled us to support our southern neighbors who were hit hard by Hurricane Matthew.

“Our friends at Low Country Food Bank in South Carolina reached out to us asking for support in providing cleaning supplies to families whose homes were wrecked by the storm,” MFB Director of Operations Jim Pantazis explained. “We’re sending them a lot of the household products we’ve received from Food Lion along with bottled water for victims of the storm.”

As with every donation, we are humbled by Food Lion’s generosity and we commend these stores for choosing to channel so many products to the Maryland Food Bank, Maryland’s extended hunger-relief network, and beyond.