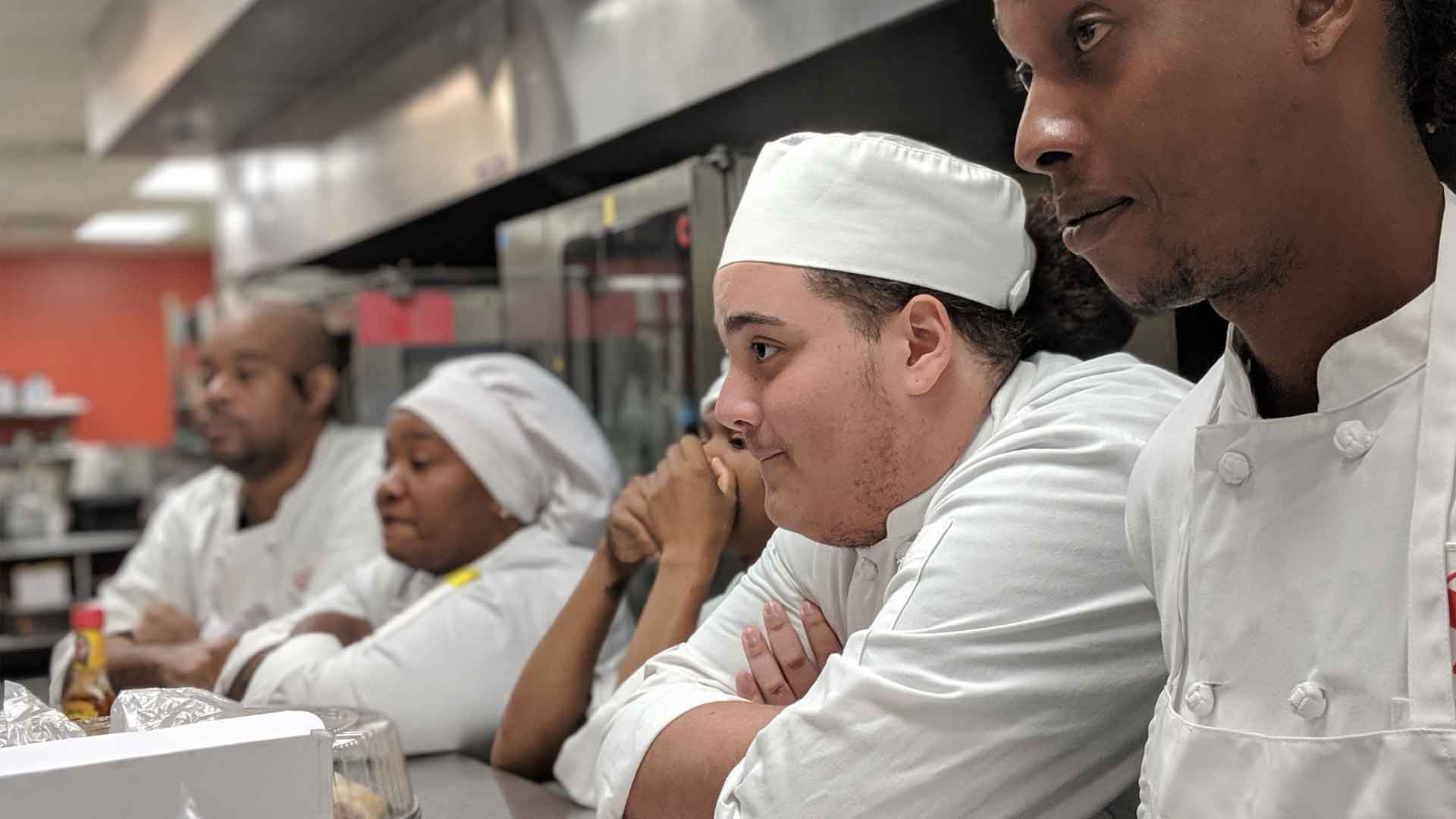 At the Guinness Open Gate Brewery, just two miles from the Charles T. Bauer Kitchen, Joe Rodriguez, FoodWorks Class 33 is quickly making a name for himself.

“A Chef from FoodWorks did a demo at my school about quinoa. As he was cooking, and talking about the versatility of FoodWorks, I was hooked on the idea that I could be just like him,” said Rodriguez.

At the time, Rodriguez was nearing the end of high school. His family didn’t have a lot of money, and the thought of them going further into debt scared him. Rodriguez saw FoodWorks as his path forward. 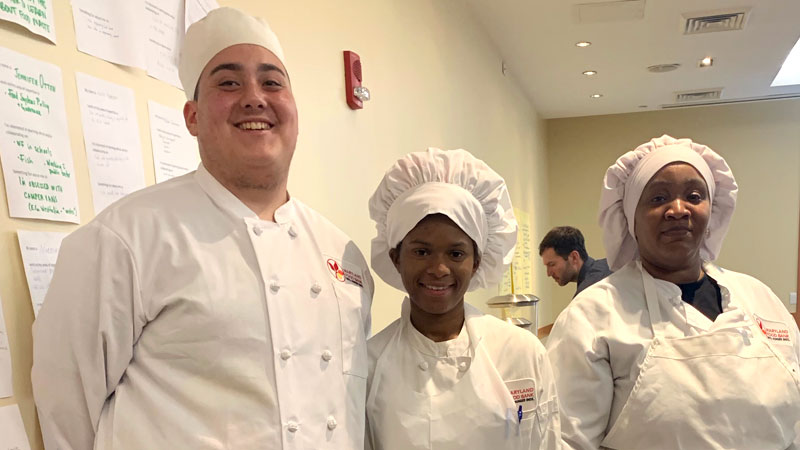 “While it might sound strange, I’m glad I was struggling then, because I now know how it feels to grind from the bottom up and be in the great place I am in now,” he continued.

The program’s fast pace suited Rodriguez well. “There was never a dull moment — even in classroom time where it was hard, it was still fun. I’ve always wanted to learn many different things and this program has helped me out with that,” said Rodriguez.

Shortly following graduation, he began his career at Guinness. As many new employees do, Rodriguez began by preparing simple “bar food,” and doing prep work, but his supervisor saw greater potential. 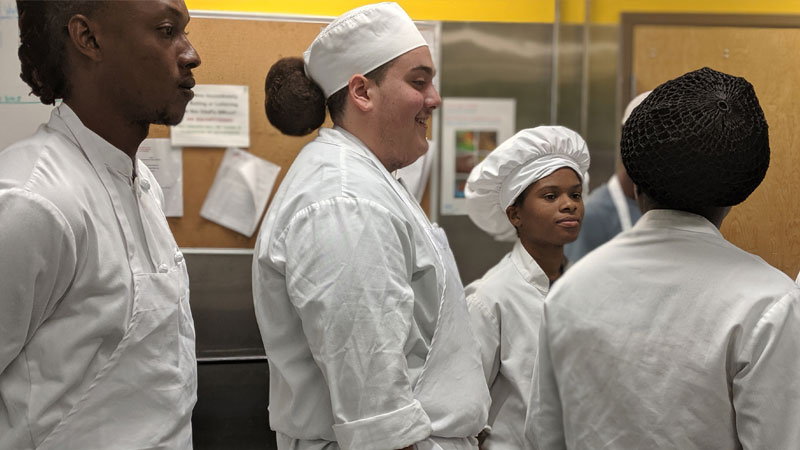 “Joe came to us with solid teamwork and leadership skills. He is the type of peer that leads his team with his head and his heart, and his versatility makes him invaluable around here,” said Josh Toney, Sous Chef, Guinness.

Now on track to become one of the youngest sous chefs in the history of Aramark (which manages Guinness’ in-house hospitality), Rodriguez recently came back to FoodWorks, to share some of the lessons he’s learned in the real world.

Rodriguez envisions a bright future for himself, built on the solid foundation of culinary and professional skills he earned in FoodWorks.

We Need Your Help

Programs, campaigns, and workforce development at the Maryland Food Bank has always relied on the philanthropic support of charitable individuals like you.

Much like our food distribution efforts, workforce development programs like FoodWorks at the Maryland Food Bank rely on generous donations of money and time.

We hope you’ll consider a contribution.