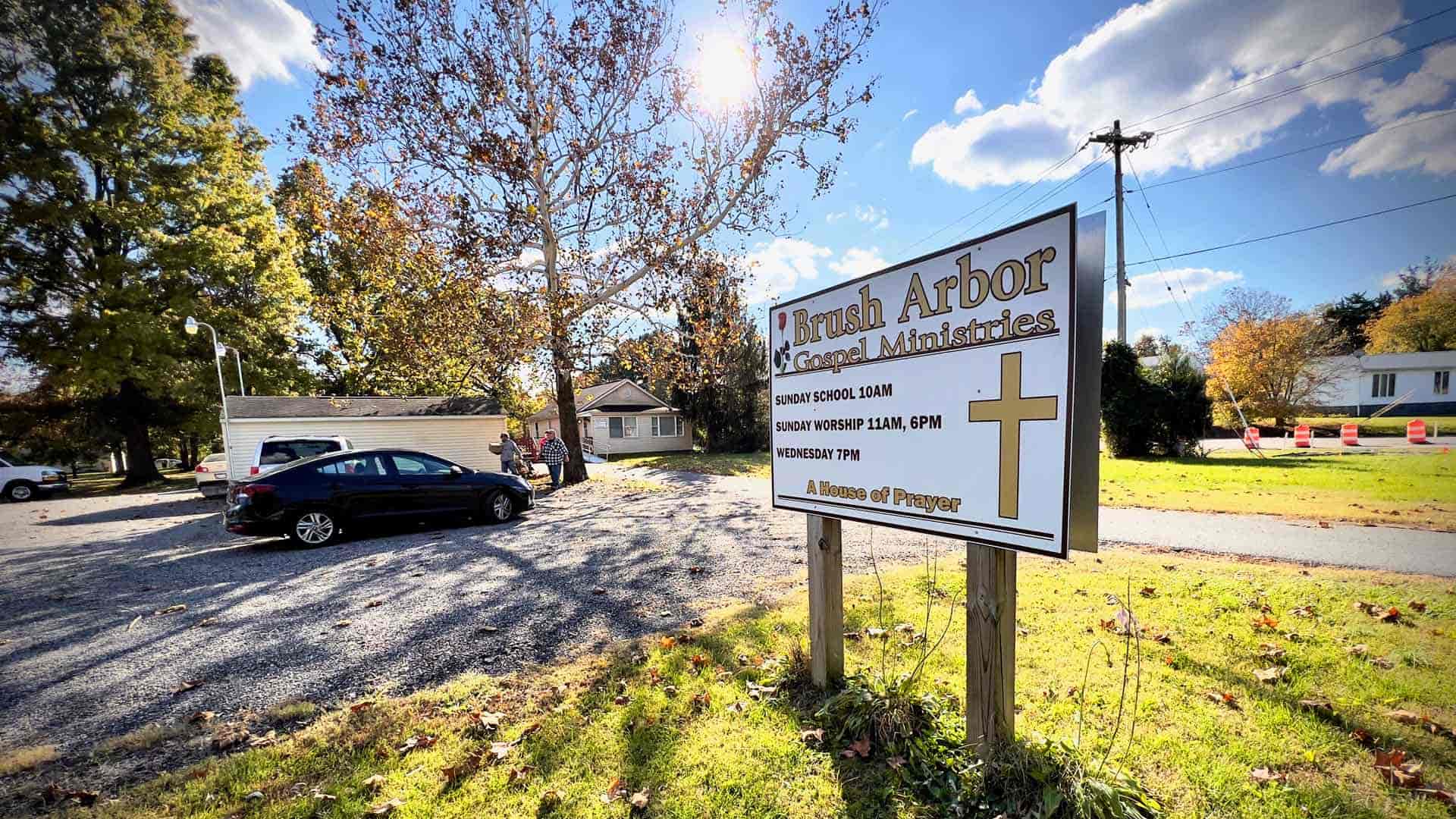 It was a crisp, early fall morning and cars were arriving at Brush Arbor Gospel Ministries in Cecil County. John and Jenni Sparks opened the doors of their renovated food pantry, located in a former shed on their church property, and began stacking holiday meal boxes on a nearby table.

Brush Arbor Gospel Ministries — one of MFB’s newer partners, having joined the network in 2021 — is one of hundreds of MFB’s Network Partners who received holiday boxes this season. The boxes are packed with all the standard fixings for a holiday meal — stuffing, cranberry sauce, gravy, mashed potatoes — and are paired with a turkey. As their regular clients queued up in front of the fully stocked shelves, John greeted them with a warm smile. He, too, has known the painful reality of food insecurity firsthand.

Growing Up With Food Insecurity

Growing up in rural Cecil County, John’s hardworking parents gardened, raised hogs and chickens, and hunted the region’s plentiful deer to make ends meet. When John grew up and married Jenni, they moved into a 1960s trailer.

“We did the best we could. Jenni fed us on $20 a week. Hot dogs, French fries, stuff like that is what we lived on for a long time,” he explained.

Jenni nodded. “It was hard. You know, you go to the grocery store with X dollars and you could only get so much. I don’t remember back then if there were even any food pantries around. We didn’t know anyone that could give us food.”

Yet even during those dark times, the Sparks took care of other people. “We raised gardens and chickens,” Jenni explained. “We’d give the stuff away. We did a lot of that.”

Along with the hardship of struggling to feed their family, John developed a serious drug addiction. Jenni, fed up with his behavior, kicked him out. During one particularly difficult stretch, paranoid from his addiction and desperately hungry, John picked berries in the woods to feed himself.

Broken and despairing, John had a powerful spiritual conversion and finally agreed to enter rehab in 1996. Energized and feeling the call to minister, the couple decided to form their own church. They found a house for sale in Elkton — a notorious drug house at the time — and bought it to convert it into the church, now called Brush Arbor Gospel Ministries. After hearing about the food bank’s work through word of mouth, they reached out and became a partner in 2021.

Their pantry now operates on the “client choice” model, allowing recipients to pick and choose foods that suit their tastes and dietary requirements — an experience more like shopping at a store, and one their clients appreciate.

“I don’t think that food insecurity is always about the food. Sometimes it’s about your story. It’s about your past. It’s mental. You may have food in the cabinet, but you’re still worried you don’t have enough.”

As more clients filtered in, Jenni minded the store, boxing up their selections, while John helped distribute the holiday boxes outside.

“Now we have that opportunity to do what we love to do through the Maryland Food Bank. To help struggling families. We’re not food insecure anymore, but we love to help people,” John said.

“We know what it’s like to struggle — nobody there to help you out, people turning their back on you… We don’t ever want to be that way. Whatever it takes for us, we’re going to make sure that people can get food.”