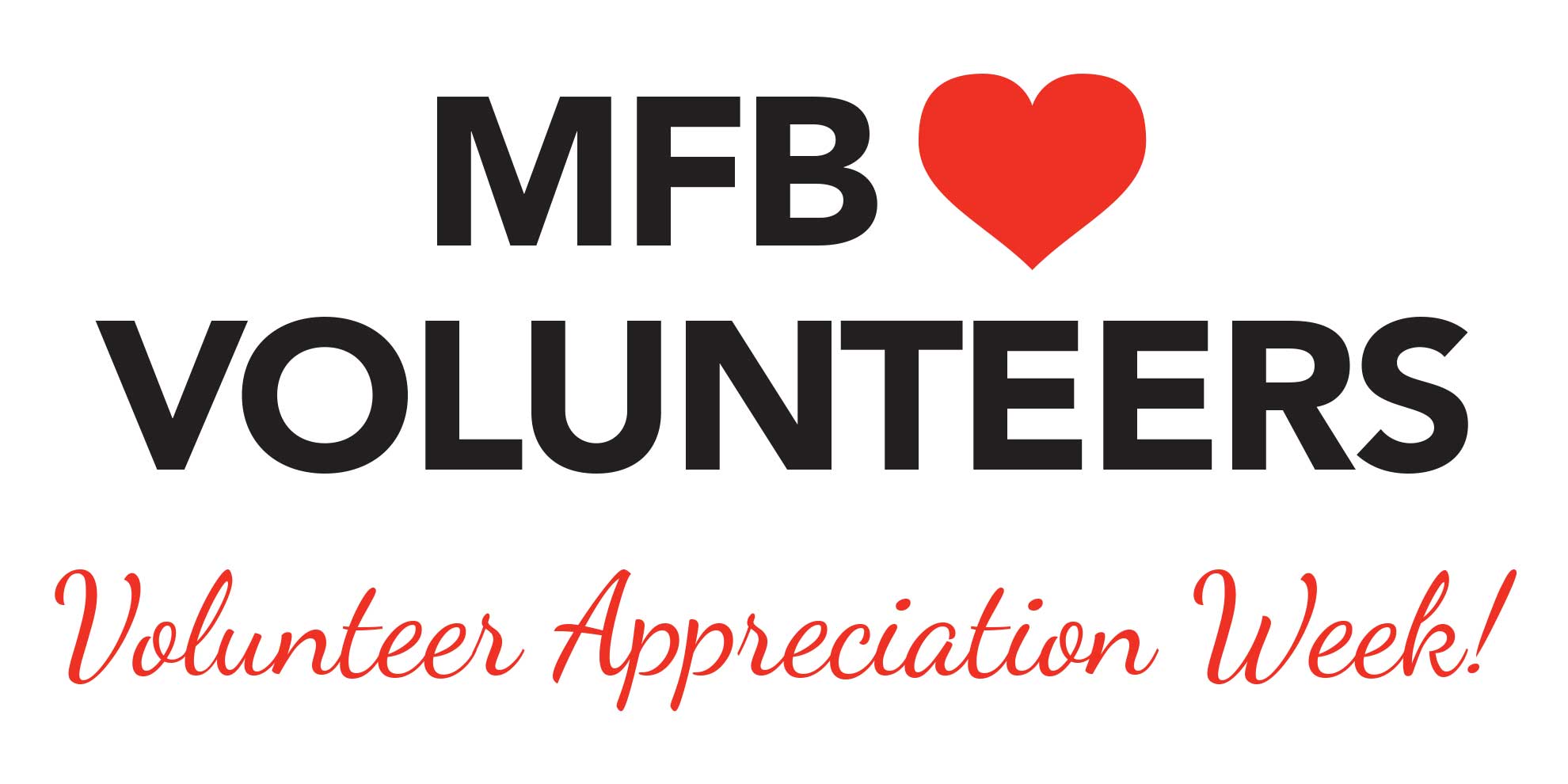 Whether Maryland Food Bank volunteers are in school or retired, gleaning vegetables or sorting canned goods, we appreciate all of the work they do. In 2015, our volunteers contributed 34,000 hours of work to help the hungry across our state. In honor of Volunteer Appreciation Week, we are highlighting some of of our most dedicated volunteers from the last year.

Thank you all for being such dedicated hunger advocates!

Dr. Michael Sanow, a professor of Social Sciences at CCBC Catonsville for nearly 23 years, knows the value of experiential education; and his drive to get his students engaged in societal issues beyond the classroom led him to the Maryland Food Bank many years ago. For more than 18 years now, Dr. Sanow has been a major proponent for service learning at CCBC, integrating service into his curriculum and organizing dozens of student trips to the Maryland Food Bank among other places. As a result, Dr. Sanow’s students leave his class having experienced what it feels like to make a difference — and poised to be active, engaged members of society.

“A good sociology class pushes students to have empathy for others who live on the margins of society,” said Dr. Sanow. “To make them understand that those ‘others’ could be them and drive them to be more engaged in society.”

For the last three years Perdue has been deeply involved in the fight against hunger on the Eastern Shore. The company sends groups of volunteers to work in our Salisbury warehouse once a month in addition to participating in annual volunteer events.

Associates look forward to their volunteer days because they know they’re making a difference in addressing food insecurity in Maryland, said Danielle Cordrey, Corporate Communications Specialist. In addition to providing helping hands, the company has also been generous in donating poultry.

“Our Corporate office associates take part in monthly volunteer efforts by sorting donated proteins or fruits and vegetables to assist the food bank in their operations to better serve those in our local communities where we live and work,” Danielle said. “It has become somewhat of a competition among departments of who can sort the most pounds of product and it truly is a win-win for all!”

Jim Breedlove first joined the MFB family as a volunteer in September of 2014, when his daughter suggested he consider taking part in our volunteer program. Shortly after retiring from the federal service, Jim began volunteering at the food bank on a weekly basis and found his niche putting his organizational skills to work for our volunteer coordinators. Through research and collaboration with the MFB staff, Jim has helped our volunteer team establish an automated process for time-consuming communications that we had previously done manually. Today, his contributions to the food bank’s mission are tangible in our everyday work.

“Hunger is a persistent problem…one that’s not likely to go away. But if everybody gives a little bit, we can ease everybody’s problems,” Jim said. “In in particular, so many people have it so nice — but so many people don’t. And they’re almost hidden.”

Fletcher McNeil, a teacher at The GreenMount School, believes it is vital to stress the importance of volunteerism to his students. As part of a service learning course focused on homelessness, hunger, and poverty, McNeil’s seventh graders learn about how they can make a difference in their community through volunteer service. They also learn this lesson firsthand when he brings his class of seventh graders to the food bank to pack boxes of food for the hungry, an experience he has coordinated with the MFB for more than five years.

“They feel good about what they do,” Fletcher said. “They feel like they made an impact. That, for me, is the reason for service: one person alone can’t solve the food issue, but one person can help someone else that day with a food issue.”

For nearly two years, the Eldredge family has played a crucial role as gleaning volunteers for our Farm to Food Bank Program on the Eastern Shore. The family discovered the unique volunteer opportunity in the summer of 2014, when LaRena Eldredge stumbled across a flyer in their local library.

She was excited to find out that this was a kid-friendly activity, and before long she, her husband, and their three children were out in the fields gleaning sweet corn for hungry Marylanders. Today, the Eldredges are easily among our most dedicated volunteers, and with the growing season underway, you can be sure the five of them will be ready to help the MFB harvest fresh produce in the coming weeks.

“Our biggest thing is that they understand the importance of helping others. We are in a position where we can help, and so we will,” LaRena said. “The other day, we were driving past a field of cucumbers, and my children asked what would happen to them if no one harvested them. I told them that they would go back into the ground. They said to me: but that’s so sad, they could go to feed so many people!”

Since February of 2015, Kathy Wann has been a regular volunteer at the Maryland Food Bank. At just 29, Kathy has a degree in biomedical engineering and stays busy teaching and tutoring kids while conducting research at John Hopkins. Starting around the age of 18, Kathy made volunteering a central part of her life — and today, she still manages to carve out time in her busy schedule to volunteer regularly at the MFB.

With a soft spot in her heart for children, she says her favorite task at the food bank is packing backpacks for food-insecure kids. But Kathy’s engineering background has also enabled her to appreciate the operational logistics that go into distributing food on such a large scale.

“Since I have a background in engineering, I really like efficiency, and I like the way everything’s run here. It’s so cool to see two tons of food being sorted each time I come in,” Kathy said. “I think that if everybody spent a little bit of their time and volunteered, I think we could have a really, really great society.”

When Sandee Castagna began her career with the state, she worked for the Department of Social Services and witnessed the impact of food insecurity up close. Although she eventually moved into a different part of government services, her awareness didn’t fade. After retiring last April, Sandee decided to focus on helping others, and she now spends six hours each week working in both our Baltimore warehouse and the Community Kitchen, all in an effort to become part of the solution to hunger.

“I learned early in my career that food insecurity is a very real issue and I knew I wanted to volunteer somewhere when I retired, so the food bank just seemed to be a natural fit.”