How the President’s Budget Proposal Would Harm Hungry Marylanders 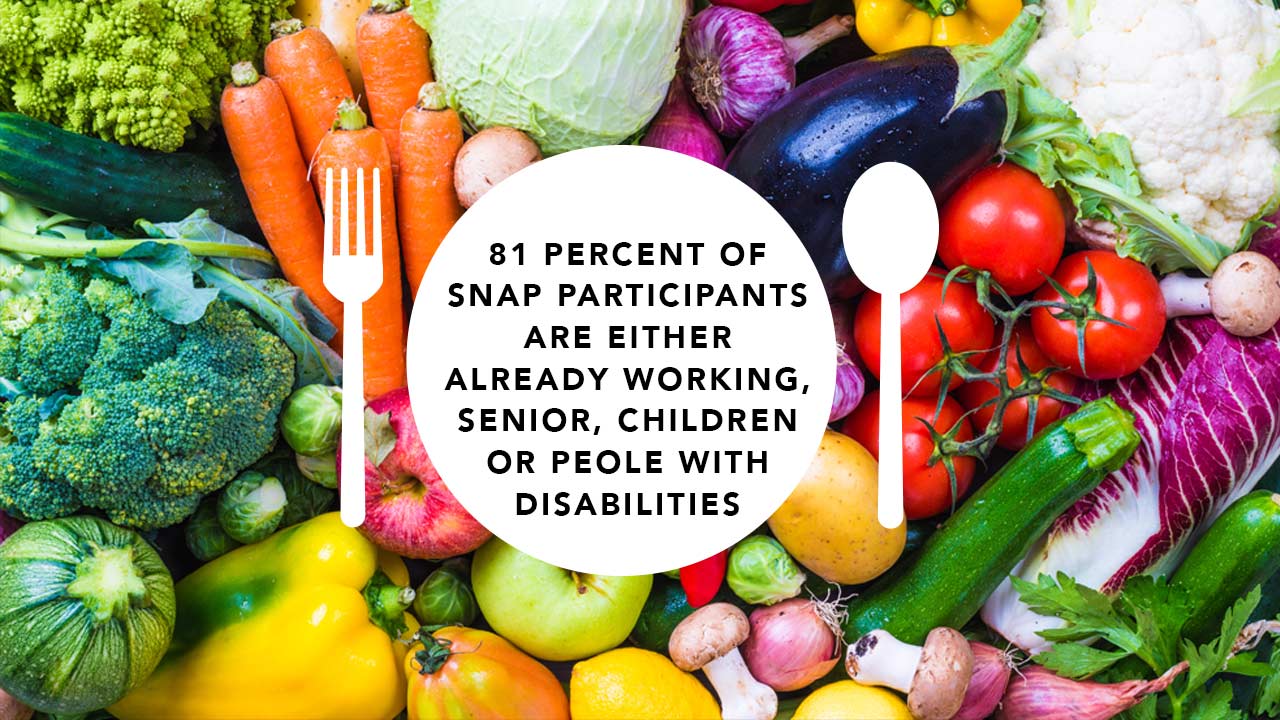 Can food-insecure Maryland families survive without SNAP? What would Maryland’s seniors do without My Groceries to Go!?

This budget proposal-focused blog is the third in a series of posts exploring the effects of decreased funding and elimination of programs that make up the food assistance network. Read the first two installments, “We’re Here to Help,” and “New Threats to the Food Assistance Network.”

Stories of congressional budget discussions have dominated the news over the past few months, but it’s the release of the president’s FY19 budget proposal this week that is really making headlines.

While it’s too early to tell how Congress will respond to the proposal, one thing we do know is that the president is making it clear that eliminating and/or reducing funding for certain feeding programs is a priority to his administration.

What Programs are at Risk in the FY19 Budget Proposal?

Formerly known as Food Stamps, SNAP is the most impactful feeding program in the United States. It provides qualifying individuals and families with a monthly stipend to purchase approved foods at local businesses. The Maryland Food Bank’s SNAP Outreach Program sends employees into local communities to help eligible Marylanders sign up for SNAP benefits.

CSFP benefits, meanwhile, are administered by the food bank through a program called My Groceries to Go!, which provides low-income seniors in our state with a supply of shelf-stable foods on a monthly basis.

What Does SNAP Mean to Maryland?

The budget proposal seeks to cut SNAP funding nationally by nearly one-third ($213 billion over a ten-year period), resulting in the loss of 4 billion meals annually.

In Maryland, about three-quarters of a million people receive SNAP benefits on any given month, and should the proposal become law, those Marylanders would lose access to more than 100 million meals each year.

There is a lot of misinformation regarding the value, administration, and abuse of SNAP benefits out there, but here are the facts about SNAP in Maryland:

SNAP has incredible transformative power. It can be the difference between success and failure for Marylanders. People like Stephanie, a single mother and SNAP success story, who credits the program with getting her through a brief rough patch on the road to self-sufficiency.

What if My Groceries To Go! Was Gone?

The president’s budget proposal calls for the complete elimination of this critical USDA lifeline, which means that the 2,400 Maryland seniors who currently receive a monthly box of food containing canned proteins, fruits and vegetables, grains, and milk would be forced to seek nourishment elsewhere.

How Far Can the Safety Net Stretch?

If these two cornerstone nutritional assistance programs were to vanish — or have their funding significantly reduced — where would hungry Marylanders go?

Some believe that charitable organizations can easily fill the gap, but that thinking is as misguided as believing these programs aren’t helping people.

In Maryland, those shortcomings would have to be met by our organization, our partners, and various initiatives like Baltimore City’s DSS Emergency Food Distribution Program, parts of the safety net that can’t withstand further strain.

Stand Strong for Your Neighbors

As the economy continues to improve, the danger is losing sight of those who still need us — there are still more than 682,000 people in Maryland who don’t necessarily know where their next meal may come from.

For nearly 40 years, we’ve led the local fight to end hunger, but our efforts become much more challenging with reduced resources. Hungry Marylanders rely on us, and we rely on you. Help ensure that we are able to help our neighbors in need by making a gift now.

Help us continue our fight against hunger in Maryland

Say “no” to reducing and eliminating federal feeding programs