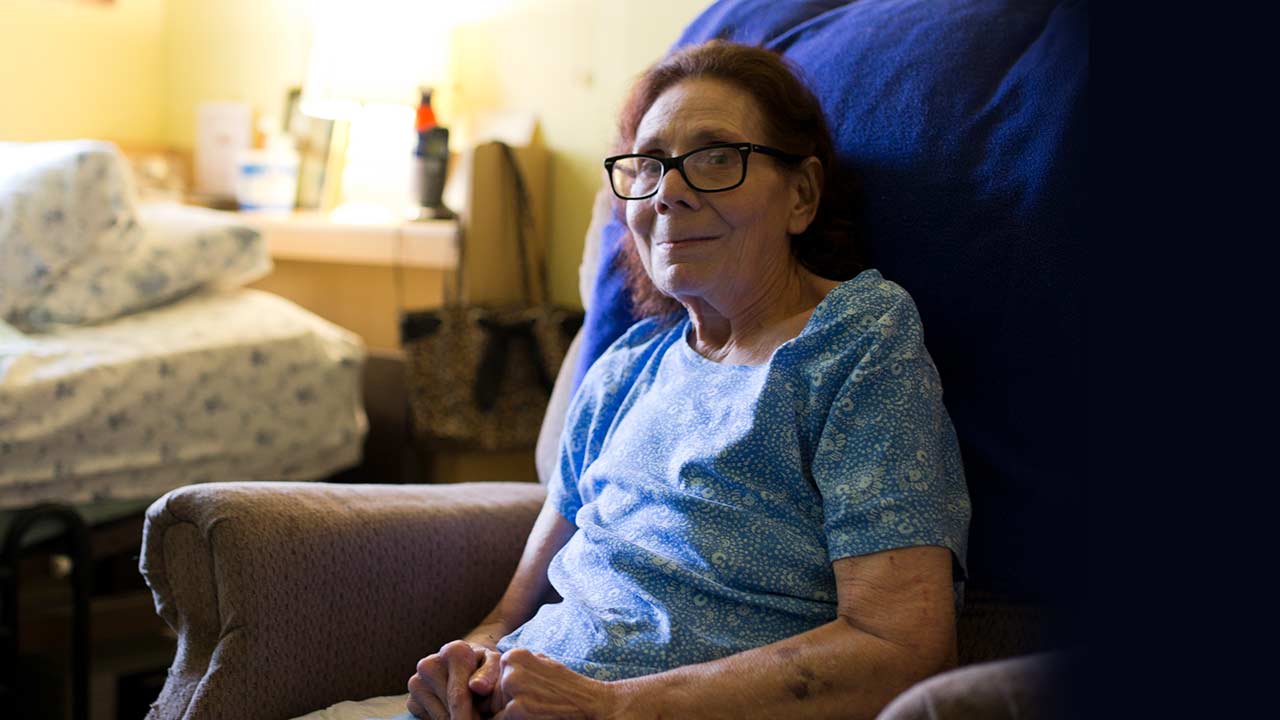 Senior hunger touches far too many people in Maryland. From people living in senior communities to multi-generational living situations, more than 45,000 Marylanders experience food insecurity, and that number is on the rise.

In the so-called “golden years,” people are supposed to be able to retire, slow down, and enjoy the fruits of decades of work and/or raising a family. But for a surprising number of seniors, there is one significant hurdle to this idyllic scenario — hunger.

Hunger forces this vulnerable population into tough choices like deciding between medical care and food or paying utility bills instead of grocery shopping. People like Janet, a 68-year-old woman who struggles to pay for both her diabetes medication and meals, who once got sick from trying to stretch her food supply too long.

How Big of an Issue is Senior Hunger?

While national numbers for seniors experiencing hunger mirror the slight downward trend of the most recent Map the Meal Gap numbers, they are still significantly above pre-Great Recession numbers: 7.7 percent in 2016 vs. 6.3 percent in 2007.

According to the latest data, nearly 15% of Maryland’s population (14.6%) is age 65 and older, and 5.5 percent of them are food insecure. This means that nearly 45,000 senior citizens in Maryland face hunger on a regular basis. While these numbers are below the national average, 1 in 20 seniors is far too many.

One of those 45,000 seniors is Victor, an octogenarian living on the Eastern Shore, who faces the constant challenge of finding the means to pay his bills and gain enough nutrition while eyeing a dwindling savings account.

Thankfully, passionate people like you give us the means to do what we do best: feed hungry people like Victor and Janet. Your support allows us to accomplish this in a number of ways:

Over the past four decades, we have developed relationships with 1,250 distribution partners. From Cumberland to Cambridge, these soup kitchens, shelters, faith-based organizations, and local schools help us distribute tens of millions of pounds of nutritious food annually to hungry Marylanders, including senior citizens.

Through My Groceries to Go!, we partner with senior centers and other community organizations across Baltimore City and County to identify and enroll low-income seniors who are eligible to receive a monthly supply of nutritious foods that allows them to lead healthy lives.

And for those seniors who may not live in areas immediately served by either our network partners or My Groceries to Go!, we bring large amounts of nutritious food directly into communities in need through our Pantry on the Go Program.

Additionally, we have a team dedicated to signing up eligible Marylanders for benefits through the Supplemental Food Assistance Program (SNAP). SNAP provides qualifying individuals and families with monthly financial benefits via an electronic card that can be used in thousands of locations throughout the state. According to the Center on Budget and Policy Priorities (CBPP), the average household receives $102 per senior citizen.

But even this meager investment can have large returns. According to CBPP, “Studies of elderly participants in Maryland found that SNAP was linked with reduced risk of nursing home and hospital entry. And low-income adults participating in SNAP incur about $1,400, or nearly 25 percent, less for medical care.”

Of course, these benefits are a bit of a Catch-22. With the average cost per meal in Maryland at about $3.10, it can be a challenge for seniors to make the benefit last throughout the entire month.

The Future of Senior Hunger in Maryland

Caring for senior citizens in Maryland is expected to become a greater challenge in the years ahead. The Maryland Department of Aging projects our state’s senior population (60+) to grow by nearly 40 percent by 2030, with the largest increases expected in Cecil, Charles, Frederick, Howard, and Somerset Counties.

We know the importance of keeping Maryland’s senior population fed, and know it’s the right thing to do. Thanks to your support, we are uniquely positioned to get our state’s senior citizens the nutritious food they need. With a growing senior population, and an uncertain future for some feeding programs, we need your commitment to one of our most vulnerable populations.

Help us care for those who have cared for us by donating to the Maryland Food Bank today.

2 thoughts on “Senior Hunger in Maryland: A Growing Concern”