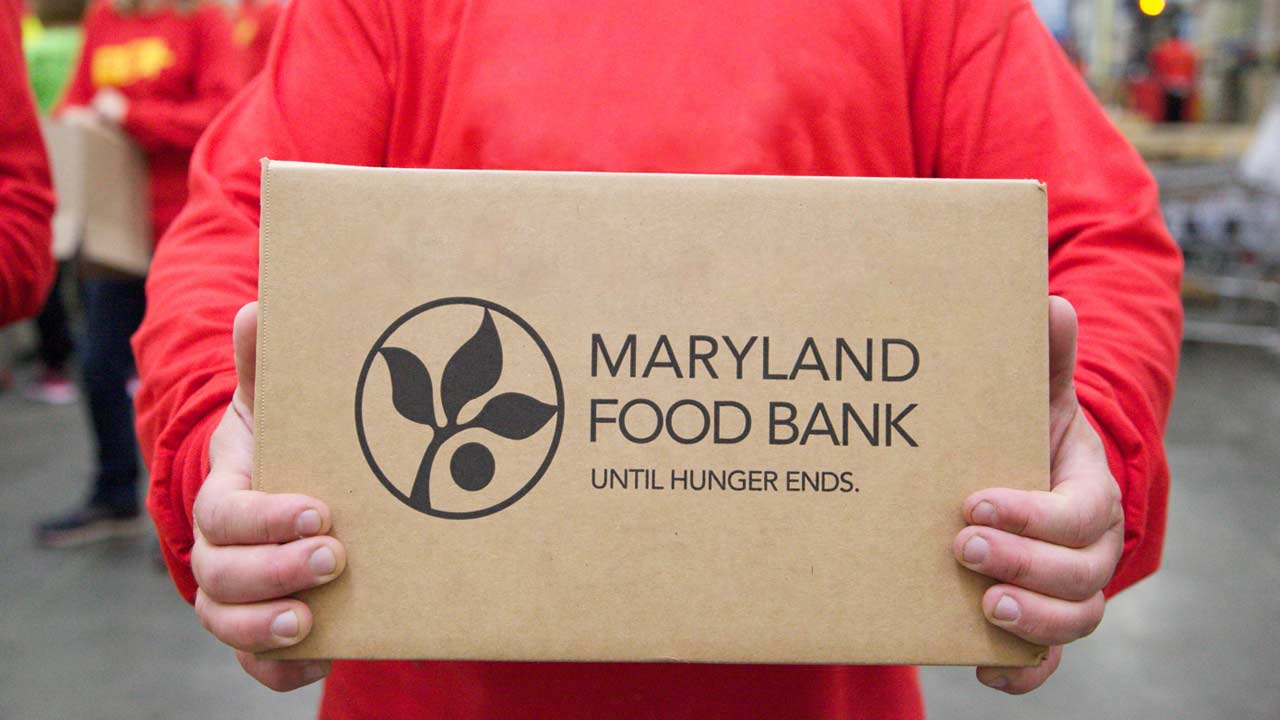 For more than 35 years, the Maryland Food Bank has stood strong as the state’s primary hunger relief organization.

This is the first in a series of planned posts exploring the effects of decreased funding and elimination of programs on the food assistance network.

Why Do Food Banks Exist?

In a perfect world, the Maryland Food Bank wouldn’t exist.

But, in today’s world, there are an increasing number of reasons why we need food banks.

There are people working, but are unable to keep up with rising expenses. People who want to work, but can’t secure enough hours or pay.

Then, there are the curveballs that life tends to throw us from time to time. Businesses lay off workers, cars break down, people get sick, appliances stop working, and people who once didn’t give food a second thought now find themselves needing help.

No one should ever have to decide if they are going to feed themselves or their family.

Thankfully, civic, charity and religious organizations have traditionally stepped in to help those in need, but a centralized food bank is a relatively new concept.

In 1967, while serving meals at a soup kitchen in Phoenix, volunteer John van Hengel met a woman who told him that soup kitchens and dumpsters were the primary food sources for her family.

Her story inspired him to transform an abandoned building in Phoenix into “St. Mary’s Food Bank,” a place where companies and individuals could “deposit” food, and members of the community could “withdraw” what they needed, and thus the first food bank was born.

The Maryland Food Bank is the first food bank on the East Coast, distributing food to those in need since 1979.

In that first year, 38 dedicated community partners in Baltimore City got nearly 500,000 meals to food-insecure Marylanders.

My how times have changed. We now distribute food state-wide from three locations (Baltimore, Salisbury and Hagerstown) and 1,250 community organizations helped serve more than 41 million meals in 2016.

We are, and will continue to be the safety net for some of the most vulnerable citizens of our state.

Who Does the Maryland Food Bank Serve?

Many people might answer that question with “homeless people.”

While that is true, the homeless population is only a small portion of the more than 760,000 Marylanders who may not have access to food on any given day.

The reality is that 1 in 8 Marylanders face food insecurity.

Children, seniors, the disabled, veterans, hard-working individuals struggling to make ends meet and families stretching already tight budgets are the vast majority of people who rely on us.

While Maryland is one of the wealthiest states in the country, it also ranks among the highest in terms of cost of living. In fact, nearly 40% of food-insecure people in the state earn too much to qualify for federal or state assistance.

We’re Here for You

As human beings, it is in our nature to help others when we can.

As Americans, we are a culture that believes in extending a helping hand to those in need.

As Marylanders, we know that helping our neighbors strengthens our communities.

Whatever the political, cultural, or financial landscape, the Maryland Food Bank will continue to help those in need… until hunger ends.

7 thoughts on “We’re Here to Help”