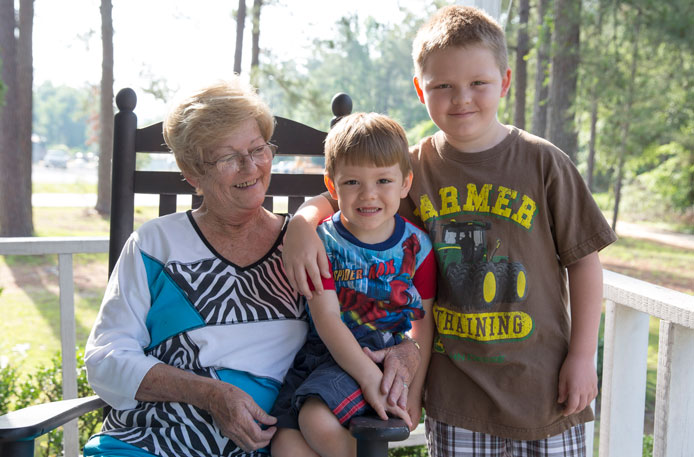 If Washington cuts funding to child and senior feeding programs, who will pick up the slack?

This is the second in a series of planned posts exploring the effects of decreased funding and elimination of programs on the food assistance network. Read the first installment, “We’re Here to Help.”

Budget Cuts in the News

If you follow the news, you’ve likely encountered a number of recent stories about eliminating or reducing many federal programs that fund hunger relief initiatives for some of our most vulnerable community members — children and seniors.

The food assistance network is a family, and like other families, when our brother or sister is threatened, we stand up to protect them.

While the budget debate is just beginning in Washington, it is vital that people understand the positive impact that hunger relief programs have on individuals and communities. It is just as important to be aware of the real consequences of reducing or eliminating them altogether.

During a March 16 White House budget briefing, Office of Management and Budget Director Mick Mulvaney was asked about after-school programs.

Simple science tells us that machines do not run without fuel, and the human body is no exception — it’s hard for the brain to work well without proper nutrition.

There is a solid body of evidence that suggests that after-school programs are highly beneficial to the participating children both today and in the long-term.

According to the Food Research and Action Center (FRAC), for instance, school-aged children have higher daily intake of fruits, vegetables, milk, and key nutrients like calcium, vitamin A, and folate on days they eat after-school meals compared to days they do not.

What’s more, the Harvard Family Research Project has found that participation in after-school programs is associated with:

Our Supper Club Program, which is part of our suite of MFB Kids initiatives , addresses this issue head-on by providing financially strapped families with real-world solutions — their children receive free and healthy meals while enjoying varied after-school activities in a safe environment.

Programs to address senior food insecurity were also brought up during the White House briefing, with the Meals on Wheels program generating considerable buzz on social media and in the news last week.

While there is debate about the actual consequences potential budget cuts would have to the program, the math is straightforward — every senior that Meals on Wheels has to turn away will seek help from another food assistance provider

The assumption that charitable organizations can easily fill in the gap is as misguided as believing these programs aren’t helping.

In Maryland, those shortcomings would have to be met by food banks and initiatives like My Groceries to Go! and Baltimore City’s DSS Emergency Food Distribution Program, parts of the safety net that can’t withstand further strain.

Stand Strong for All Your Neighbors

Children and seniors are the most vulnerable members of our communities, but they are not the only ones who rely on the food assistance network. While the economy is showing signs of life, the recovery has left too many low-income families behind. Millions are still unemployed and many more are working part time or multiple jobs, unable to make ends meet.

It is within our power to ease this burden on our neighbors. We can give them a sense of security and allow them to focus on strengthening themselves, their families, and ultimately, our communities.

5 thoughts on “New Threats to the Food Assistance Network”